FILM + ART + CULTURE FOR THE CITY WE LOVE. 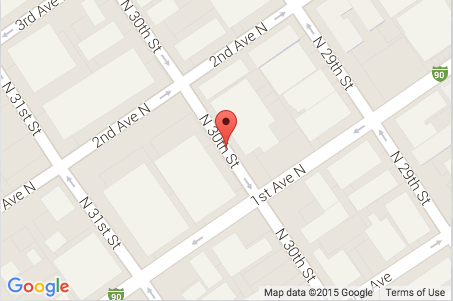 Art House Cinema & Pub is a non-profit all ages independent movie theater located in the heart of downtown Billings, MT.

Our belief is great art stirs great conversations. We live this out by providing the best environment and content possible for our city (and those visiting).

We currently have one screen showcasing two different films every week. Each film has been hand selected by us as we think it will cause great thought, conversation and debate. Whether you consider yourself a film buff or you only like the movies for the popcorn, we know what we have to offer will move, inspire, and entertain.

Art House began as an idea of Billings native Matt Blakeslee and slowly but surely grew to a committed core of individuals passionate to see downtown have a premium theater and art space. Beginning in 2012 we started work on our business plan, hired theater consultants, traveled to conventions, built relationships with other theaters, and began to talking with our architect, Dennis Deppmeier. Finally in the summer of 2013 we found a home in the old bowling alley (Center Lanes) located at 109 North 30th Street. This place was perfect as it not only provided a great space to build our theater, but also provided the adequate room and infrastructure for our desired expansion in the future. We signed the lease and began demolition and remodeling in September 2014.

The next 7 months involved many long nights, early mornings and multiple coffee runs as we continued to tweak, design, and build out the theater. Our amazing architect wisely informed us we should plan for an approximate price tag of $220,000 when all was said and done. This didn’t phase us, but simply motivated us to share the vision, fundraise, and work hard to save every penny we could.

So many individuals and companies stepped up to the plate to help cut our projected budget from $220,000 to $120,000. This truly became a community project and we are so grateful to everyone who gave, served, and shared the story. 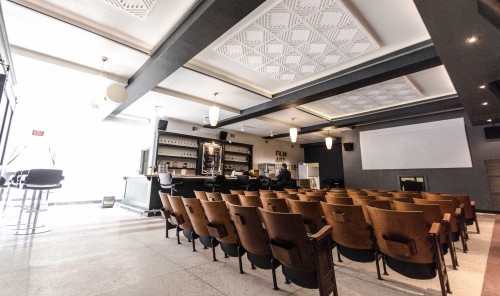 March 2015 we opened our doors to the public and began to show films. This is only the beginning and we can’t wait to see what happens as we continue to bring in great films along with showcasing other great art.

Stop by, watch a film and get to know us. We can’t wait to have a great conversation.

Art House is a registered 501 (c)(3) non-profit. We exist to benefit and grow the arts and culture in Billings, MT.

Every ticket we sell, drink we serve, or popcorn we season has the sole purpose of seeing this city we love grow and thrive culturally.

We are just getting started as our hope is to expand our single screen cinema to a 3 screen theater with great food, beverage, and entertainment options. Every year more and more great films, art and culture are being introduced and Billings has yet to connect with them. We plan to change that as we continue to invest in our city and future.

There is no sole owner of Art House Cinema & Pub. We are driven by the vision and direction of our Executive Director, Matt Blakeslee which is overseen by the insight and passion of our Board of Directors.

OUR BOARD OF DIRECTORS

We desire to do all of this with a growing sense of community and connection. We have already seen this happen thus far and we want to continue to build this great core.

We are always looking for the perfect people to help us in our vision. If you are interested in helping with ticket sales, cleaning, or serving at Art House we’d love to hear from you. Simply fill out the application located here, bring it in to the theater, and we will get back to you if we have an opening.

Thanks for your desire to help out!

THE FUTURE IS BRIGHT

In November of 2016 we launched our "Phase 2" campaign.  From the very inception of Art House we've known that more was in store for our lovely little theater.  This campaign is a bold step for us as we move forward in providing more and more film, art, and culture for our community.

Our hope is that you would join us in this vision by staying connected, and giving towards what’s ahead (every donation is tax-deductable).