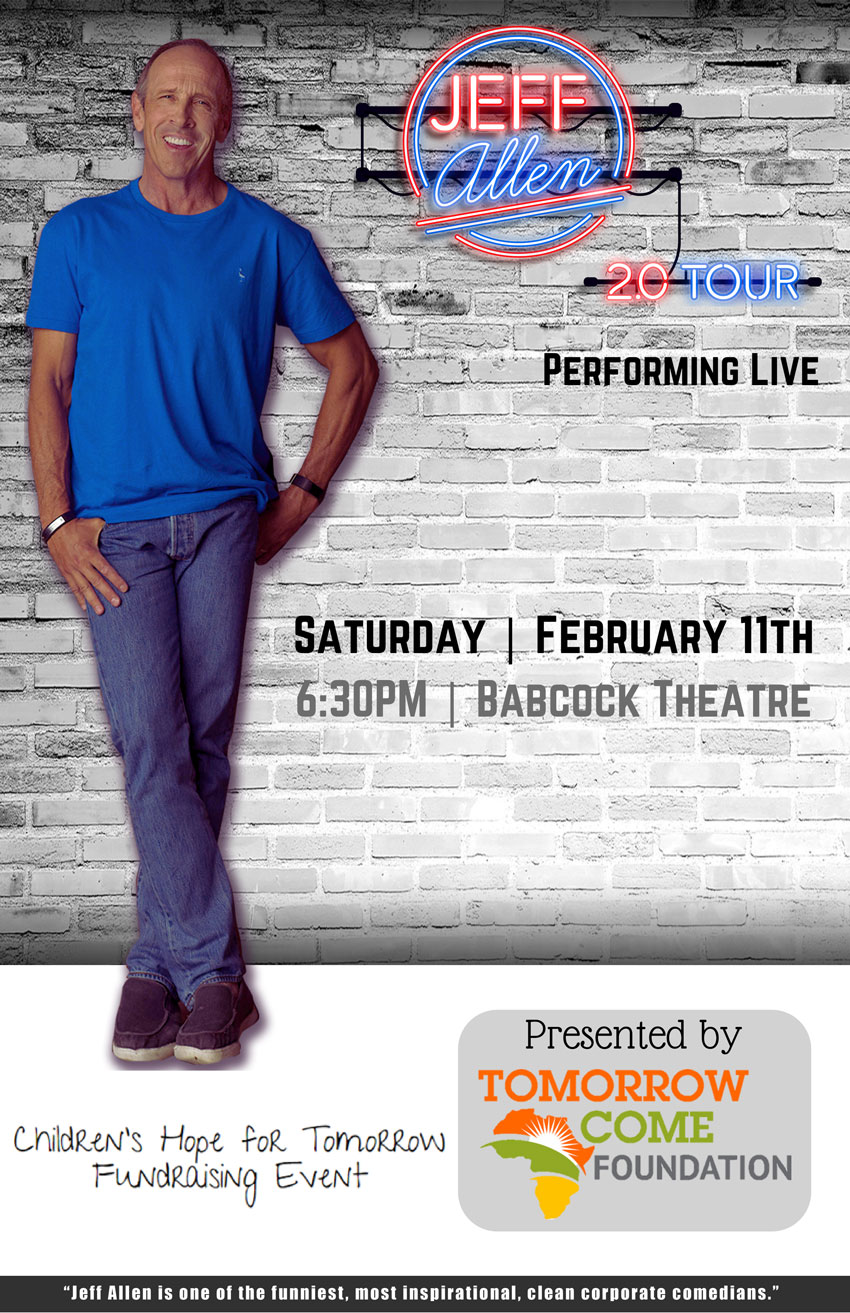 A family friendly fun evening of comedy presented by Tomorrow Come Foundation as a fundraiser to benefit the orphans and most vulnerable we serve in Ethiopia.

Jeff Allen is regarded as one of the premiere clean comedians working today. His rapid-fire humor, which centers on marriage and family, is a hit with all ages. A live comedy favorite, Jeff has appeared on Dry Bar Comedy, Netflix, Amazon, Huckabee, Pureflix, Showtime, Comedy Central, VH1 and more. At times both gut-wrenching and hilarious, Jeff’s 2.0 Tour offers a unique glimpse into his crazy world! As the audience enjoys lots of laughs, guests will be helping children in need.