LEGENDS OF THE FALL | Presented by Sheryl McCandless 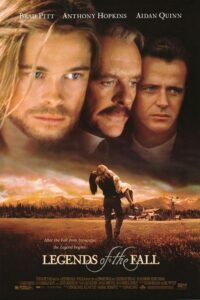 As her reward for winning big at the 2022 Oscars at the Babcock celebration, volunteer, member, and friend to Art House Sheryl McCandless got to choose a film to play at the Babcock Theatre.  And the epic 90s romantic drama Legends of the Fall is her pick!  Set in Montana (though filmed in Canada) this prestige film examines the lives of a father and three sons through the early 20th century as they experience war, love, nature, and history. A scenic 90s classic that deserves a revisit on the big screen!