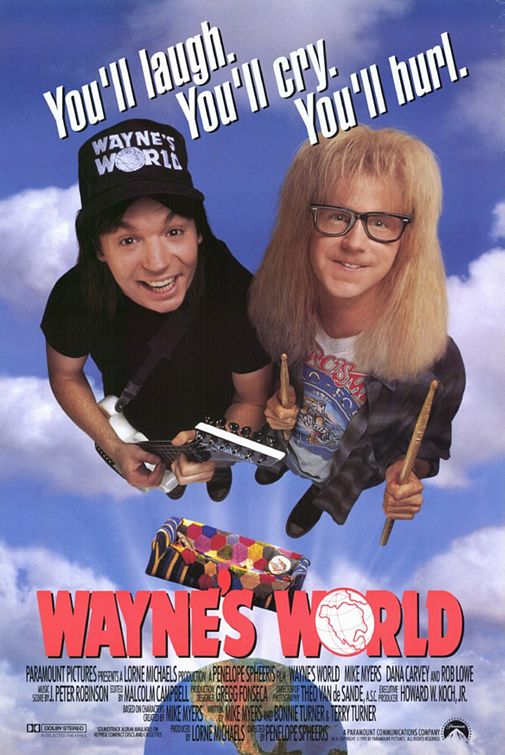 November 2nd at The Babcock Theatre

Operations Director Jake MacKenzie is turning 30, and so is the SNL-based comedy classic Wayne's World!  Join us at the Babcock for a far out slacker comedy that launched Mike Myers and Dana Carvey (as Wayne and Garth respectively) into the stratosphere as 90s comedy legends. Party on!